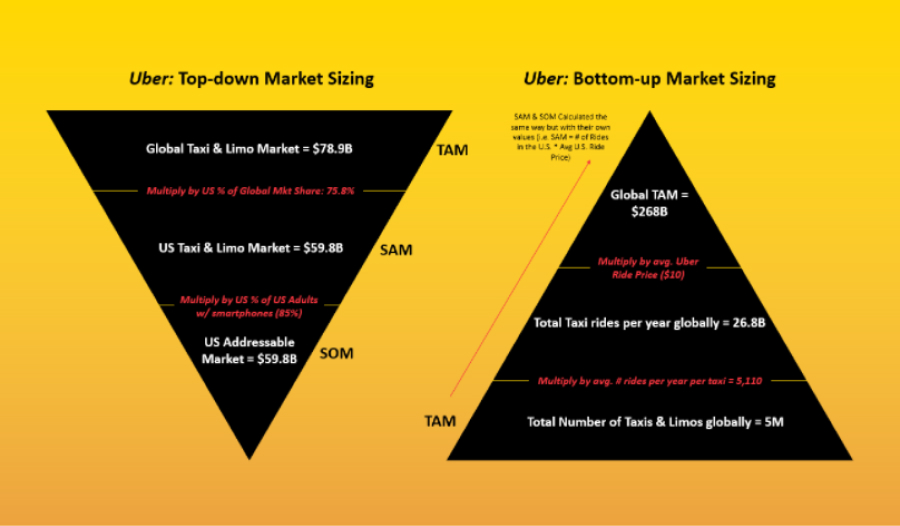 You probably know by know what TAM stands for but let's restate the definition just incase you came to this blog post looking for those delicious chocolate covered Australian biscuits by mistake; Total Addressable Market, commonly referred to by the acronym "TAM", is the total number of customers who could possibly buy a product or service. It's a metric that is very commonly used by startup founders and Venture Capital investors to communicate the market opportunity of a new product or service the company plans to bring to market.

The broad acceptance and usage of TAM makes it an essential metric every startup founder must be able to calculate, justify, and communicate to stakeholders inside and outside their company. However, TAM can also be an extremely misleading metric because of two primary reasons: a) its often calculated incorrectly; and b) TAMs are not static and can dramatically change over time. This is why its important to be able to calculate an accurate TAM that is justifiable given a company's business plan and strategy. As you'll see in our Uber example later on, an inaccurate TAM calculation can cause opportunities to be missed.

1. Explain how to calculate TAM using a bottoms-up methodology
2. Use Uber as an example of how TAMs are flexible
3. Review TAM subcomponents - SAM & SOM - to cover related concepts

And with that, let's jump in!

How to Calculate TAM

A top down approach means that you're taking the known market size of the industry or similar industry that you want to compete in and then tweaking it with some assumptions around your own business.

A bottoms up approach is the process of figuring out how many customers might buy your product at your specific selling price.

To briefly introduce an example we'll discuss more in depth later, a top down approach for Uber would be to say that their TAM is the current taxi market. A bottoms up approach considers how many people have smart phones and might look to Uber as a taxi replacement, but also for other purposes. In the Uber example, those who took the top down approach when evaluating the size of Uber's market opportunity were wrong by multiple orders of magnitude.

Bottoms-up definitely requires more time and critical thinking, but it's far more likely to be accurate to your specific business's situation, and has the positive byproduct of clarifying a lot of your critical thinking around the market for your product or service (the real crux of what an early investor is looking for by asking you about your TAM).

The formula for calculating TAM (bottom-up approach) is simply:

Number of potential customers * average price of product or service

It's most common that markets are calculated on their total spend in one year, so price should be thought of as the average amount of money each of these addressable customers would pay to the company over the course of a year.

It can end there, but a comprehensive TAM analysis will go further. There might be some types of customers within Number of customers who you can confidently say will pay more or less than the average.

There might be some customers who don't become part of the TAM until the company expands their product line, or external market forces grow the demand for their product or service.

Calculating TAM is about deducing where demand will come from now and in the future. Let's go back to our Uber example to give this concept life

Let's say its 2010 and you're a VC analyst who's been tasked with assessing the TAM for Uber. You'd start with the obvious: how many total taxi customers are there globally (or in the US if you're confining TAM by geography) and how much do they generally shell out to taxis over the the course of a year?

You might research how many total taxi rides there are in the US per year, make some assumptions around the average price, perhaps assume that 5% of those rides are by seniors who don't have smart phones, so you'd reduce the customer count by that amount, and so on.

What you'd be left with is Uber's TAM if all Uber does is provide a taxi alternative. But is that really the TAM?

Hindsight is always 20/20, but we know now that no, Uber's TAM is far larger than just a taxi alternative. The smart analysts considered other markets where it was not obvious in 2010 that Uber could compete, but given Uber's product, could be in the future.

They asked the question: "with a global network of interconnected taxis that can be summoned via smartphone, what else can be done?" As it turns out, Uber could also serve markets for food delivery, cargo and freight, and even the car industry itself - for city slickers where parking is problematic, Uber might even replace car ownership!

Now compare the number of taxi customers we thought were addressable for Uber and add the food delivery customers, the freight customers, and the car replacement customers, each with their own prices: the new TAM is MUCH bigger than our original TAM.

This is why the TAM metric is so important to think hard about and can be so misleading when analyzed incorrectly or without sufficient scope.

What are SAM & SOM and why do they matter?

SAM and SOM are simply subcomponents of the TAM. Because TAM is the broadest possible reflection of the market(s) a company is attempting to penetrate - it's accounts for all possible customers in all possible geographies.

SAM is most often used to delineate a target geography within the overall TAM. It can also be used to delineate a certain industry or market that a company is best suited to serve given their current product and GTM strategy. For example, a U.S.-based B2B SaaS company might consider their SAM as their TAM within the continental United States. Because B2B SaaS companies can take time to scale because they need to build out a large sales organization, they might measure their initial success by their ability to capture market share within their SAM.

SOM is a subcomponent of SAM and further delineates a company's SAM into a submarket that the company should be able successfully sell into in the near term future. For example, let's say that that same early-stage B2B SaaS company has a product that's currently best suited to serve the car manufacturers, but as their product matures, they expect that they'll be able to sell the same product to other heavy industries like electrical component manufacturing customers. They could then consider their SOM as car manufacturers in the United States.

As you can probably imagine, there are many ways to slice and dice TAM, and by extension SAM and SOM. The important part is that addressable market calculations accurately reflect the product roadmap and GTM (Go-To-Market) strategy the company expects to deploy in the future. Ultimately, there is no "right" way to do it, but carefully thinking through the calculation exercise will allow you to confidently answer questions about it from stakeholders and assist business leaders in thinking through major strategic decisions.