How Does Candy Crush Make Money? Examining Their Business Model 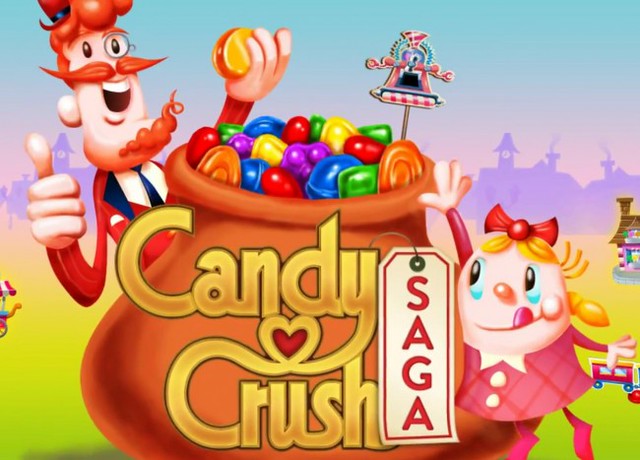 Candy Crush Saga has been downloaded over 2.7 BILLION times since its inception a decade ago. To put that figure into perspective, if Candy Crush were its own religion (one may argue it is for some devout players), it would be the largest religion in the world...larger than Christianity, Islam, or Hinduism.

The game was initially released on April 12, 2012 and within a year it had amassed 287 million monthly active users (MAUs). Within 2 years, the game creators (King Digital) filed for an IPO at a public market valuation of $7.6 Billion dollars. It’s safe to say that Candy Crush has secured its place in History as one of the most successful and fast growing mobile games of all time.

How Did Candy Crush Achieve Such Meteoric Growth and Popularity?

What did the team at King know and do differently than their competitors at the time? To understand the business mechanics, I wanted to construct my own version of their financial / business model using similar assumptions.

NOTE: The model I built is rooted a little more in reality of what might be possible if a team were to try and replicate their success today...had I included their exact growth rates in the early days, the graphs wouldn’t even resemble the coveted “hockey stick” growth startup founders long for, rather it’d resemble a pool cue defying gravity by standing straight up.

When analyzing and recreating a company's financial model, I like to break things down into 3 main components: customer acquisition strategy, monetization strategy, and expenses (COGS, SG&A, CAPEX). In the subsequent sections of this post, I’ll walk through how King crafted and evolved each component and how I went about replicating their strategies in my model.

How Did Candy Crush Grow So Fast?

One thing you’ve got to give King a lot of credit for was their foresight and knack for being early adopters of new technology platforms. You hear about this sort of strategy a lot in the world of startups...founders that were first to platforms like Facebook, Instagram, TikTok, and even Clubhouse all reaped the benefits of becoming big fish in a relatively small pond.

One good example of this was Evernote and the iPhone. Evernote was one of the very first iPhone apps...was it the best note taking technology at the time? Hell no... but it was quite literally the ONLY app for note taking and organization for the iPhone so of course it became widely downloaded...

King started making games on Facebook in 2007 after the social media giant opened up the platform to game developers. They quickly released hundreds of games on Facebook, optimizing for what worked and stuck, scrapping the failures almost as fast as they could publish them. In 2012, Riccardo Zacconi, the brainchild behind Candy Crush was taking a bath...I literally can’t make this up...and the idea came to him...”CANDY is something people are naturally drawn to!”, he said to his rubber ducky...ok maybe I made the rubber ducky part up... Regardless, the team raced to release it on Facebook but by this time, Zynga’s Farmville was already leeching the world’s attention and free time.

It had been 5 years since Facebook opened up 3rd party games and the competition was becoming stiff...The iPhone 5 had just come out and King’s team had a hunch that mobile and cross-platform games were the future. They quickly jumped on the mobile train and created one of the first cross-platform games that allowed users to switch seamlessly between computers and mobile devices. With that innovation and strategic move, the game took off like a shot out of a cannon.

In the early 2010’s King acquired customers mostly through organic platform search and word of mouth virility. Their viral strategy included friends/family leaderboards that led users to invite other users, and social sharing when you beat a particularly difficult level. As the game grew in popularity they invested heavily in paid social advertising. As of 2021, Candy Crush was the 4th top advertiser in the App store, running social ads across 12 unique ad networks...ad networks and their percentage of ad spend below:

They advertise in over 45 countries, though mainly in the US, and A/B Test hundreds if not thousands of ad variants every month to optimize which colors and variants capture the publics attention the best. Here’s an example of an A/B Test curtesy of mobileaction.co.

Who are Candy Crush’s Target Customers?

One of the brilliant aspects of Candy Crush is that it’s intentionally inclusive. Similar games like bejeweled used gems as the primary in-game object, thus it was thought to have appealed less to a male audience...might sound silly or gender-biased to think that in 2022 but the game creators behind Candy Crush wanted to build a version of the game that appealed to the masses, not just based on gender. Candy crush appeals to all users regardless of age, nationality, and socio-economic demographics...everyone knows and likes candy, right??

By examining their most common users retroactively, it appears that Candy Crush targets women ages 35+.

In the model I created, I setup a series of acquisition channels that mimics Candy Crush:

*NOTE: These channels start immediately from day one - I added somewhat aggressive growth assumptions behind these, growing each by 15% Month over Month. In reality though, Candy Crush must’ve grown more than 100% Month over Month in the early days

*NOTE: Unlike organic channels, I staggered the start and budgets for paid channels. I can’t imagine that Candy Crush in the early days went straight to advertising across 12 unique ad networks in month 1...But I did include all 12 ad networks and distributed a $10K monthly budget across them based on the actual Ad Network distribution they used...Again I added aggressive 10% growth every quarter to their budgets and used a static CPL of $3 per install. An additional paid channel that Candy Crush leverages is Apple’s Search Ads - this basically allows them to pay some money and out rank the competition when a potential customer/user searches for certain keywords like “games” within the App Store.

Many people don’t know this but Candy Crush didn’t start with Freemium as their acquisition/monetization strategy...in fact they were predominately monetizing by means of serving advertisements within the app for the first couple of years. King abandoned in-app advertisements in 2013 and moved towards that freemium model that we’re all too familiar with in today’s day and age.

For those less familiar with the game, it’s 100% free to download and play today, just as it was in late 2013. Users have the “option” of purchasing gold bars, a form of in-app currency that can be used to redeem power-ups and extra lives that assist users with completing levels; if/when they get to a point where they can’t beat the level themselves. I put “option” in quotation marks because to the average player, it’s nearly impossible to progress past a certain point without coughing up some cash for gold bars. Back in the day, level 65 was a big sticking point...users found it so hard to beat without paying that they’d eventually pay up or get frustrated and delete the app...for this reason, King ended up changing the level as it was creating TOO much friction with their users.

I’m no doctor or expert on the human psyche so I’ll leave it to you to form your own opinions on whether Candy Crush is knowingly taking advantage of this human phenomenon. I did however find the below set of statistics somewhat alarming.

In the model I created, I started off by monetizing based off of in-game advertisements, just as King did in the early days. I set start and stop dates for in-app ads, starting in present day and ending in Q4 2024. From that point forward, the model switches to a full Freemium model with the actual tiers of prices for gold bars I saw when I downloaded the game…for research purposes only of course ;).

Candy Crush Gold Bar Prices in the US as of June 2022:

Here's a snapshot of the forecasted revenues from my model:

What are Candy Crush’s Expenses?

Like most SaaS or software based companies that don’t have a physical hardware or services component at their core, Candy Crush’s biggest expense category is in the form of human capital aka payroll for all of the developers, designers, marketing managers, and advertising experts that made up the team. In the year 2017, King had somewhere around 2,000 employees. That’s a lot of dough…

Because of Candy Crushes acquisition strategy (mostly paid ads), paying advertisers is also a huge expense. Additionally since Candy Crush was predominately purchased through both the Apple and Microsoft app marketplaces, you can’t forget about the 30% of fees they pay for every purchase made.

I kept these pretty simple for simplicity sake...including things like the marketplace fees and hosting costs per user for fees for COGS. I included payroll with the same number of founders from the original King Team under SG&A and of course included the advertising costs. Feel free to drill into the details of the example model.

Here's a snapshot from my example:

Should You Build a Business or Game Like Candy Crush?

There’s no doubt in my mind that Candy Crush will go down as one of the most successful and popular video games of all time. The team behind the game were innovators and early adopters of new platforms. They built their success by constantly iterating and tweaking along the way. They’re scientific and methodical about the game design, acquisition strategy, and monetization strategy. All good traits and things to aspire towards for any new founder or game developer.

My advice if you’re thinking about building a company with similar mechanics would be to learn from what they did right and wrong at a strategic level, foregoing the specifics. Times are constantly changing. Don’t be afraid to play with your pricing, try a new social media platform, or develop your software using an emerging technology. Just as it is in Candy Crush, aligning those three strategies just right can lead to some delicious outcomes.

How Do I Build a Mobile Game Financial Model?

At Sturppy, we take the complexity out of financial modeling. Whether it’s your first time building a financial model or your hundredth time, Sturppy is the easiest way to build an investor-ready financial model that you and potential investors can both trust. Give it a try here!